Gage House is located at 401 Great Falls Street and is owned and maintained by the City government. The house is listed on the City's Historical Register as a Protected Structure and Site.

The house is not open to tours as it is used as office space for City government employees. 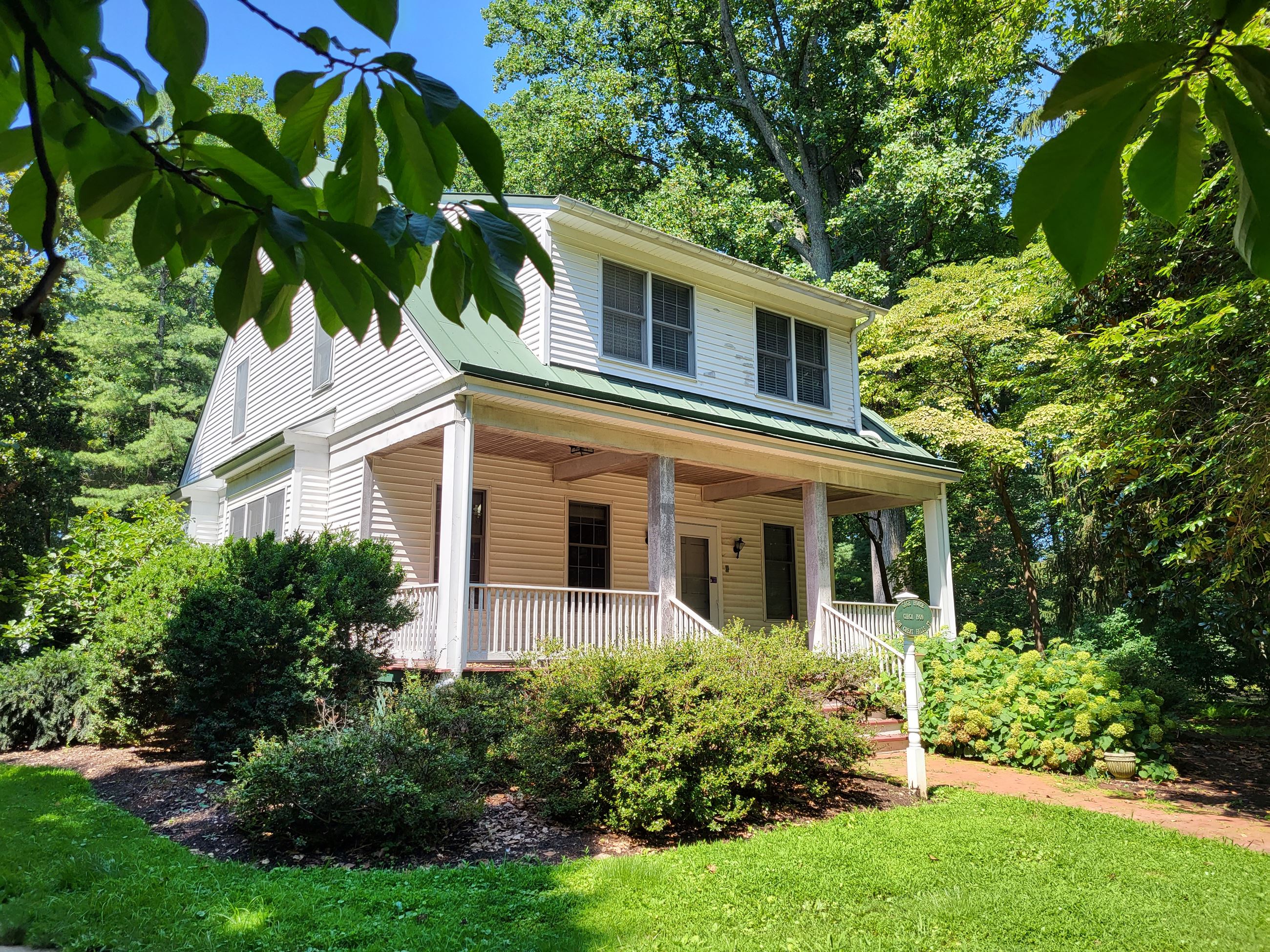 Born at Cherry Hill in 1878, Maude, as she was known, grew up with a personal knowledge and love for the site that was later her home. She was educated well for a time when women's education was controversial. She graduated from the college in Farmville, Virginia, in 1898. Returning to Falls Church, she taught at the Jefferson Institute for several years, and then obtained a Federal appointment in the U.S. Department of Agriculture.

Maude met Charles Gage in 1906 when both were employed in the Forest service. They married two years later.

Life in the Gage household was full and active. In her Federal service career of 40 years, Maude served in the Departments of Agriculture, Post Office, and Treasury.

There was a local legend that Maude could make friends with any bird or animal that came into her yard -- and there were many! Also legendary were the broad-brimmed straw hats that Maude wore while working in the yard or garden shared by Cherry Hill. She had a love for the flowering trees and plants that surrounded the home.

Maude passed away in 1968 at the age of 90. She was a younger sister of Mary Riley Styles, for whom the City's library is named.

A native of Nebraska, Charles came to Washington, DC in 190 to work for the U.S. Department of Agriculture. His first assignment was as a stenographer for the conservationist, Gifford Pinchot. He next served in the Bureau of Crop estimates, where extensive travel gave him a unique knowledge of the nation's geography and agriculture.

He became a recognized authority on tobacco production. In 1929, when Congress authorized creation of standards for grading tobacco, Charles headed the department's new Tobacco Section.

For the next 20 years, Charles supervised the establishment of official types and grades of tobacco. Later, when Congress made inspection mandatory, it was found that the good will Charles created for fair marketing practices helped assure the law's success.

During World War II, he was one of the U.S. members of the Combined Food Board, and later he served on the Board of Directors of the Commodity Credit Corporation. Following retirement, he served on the Secretary of Agriculture's Tobacco Advisory Committee and was a consultant for the American Tobacco Company.

Charles served on the Falls Church Town Council from 1929 to 1938, the Planning Commission from 1938 to 1942, and the Historical Commission in 1959. He was also a member of Falls Church's unique "Lantern Club."