COVID-19 Updates Get the latest information on the coronavirus outbreak. Click for more

The City of Falls Church Recreation and Parks Advisory Board is searching for a Grand Marshal to lead the 39th Annual Memorial Day Parade on Monday, May 25, 2020. Do you know someone who has made a significant contribution to our community, big or small? Nominate them for Grand Marshal by emailing Scarlett Williams (sawilliams@fallschurchva.gov)! Let us know why the person is special and deserves to lead the way! Nominations are due by Monday, March 2.

The 2019 Grand Marshal is Rob Donovan

Congratulations to Mr. Rob Donovan on being named the Grand Marshal for the 38th Annual City of Falls Church Memorial Day Parade. Mr. Donovan will preside over the City’s annual festivities on Monday, May 27, 2019. The Recreation and Parks Advisory Board selected Mr. Donovan based on his extensive and tireless volunteer efforts, particularly with Falls Church City Public Schools, over the past 19 years.

“When my wife [Mrs. Kathleen Donovan] and I first visited the City, we felt this incredible warm feeling,” said Mr. Donovan, who moved from Arlington to Falls Church in the early 2000s with Mrs. Donovan and their children, Daniel and Mary Catherine. “I feel so blessed to have lived and raised our children in the City of Falls Church.” 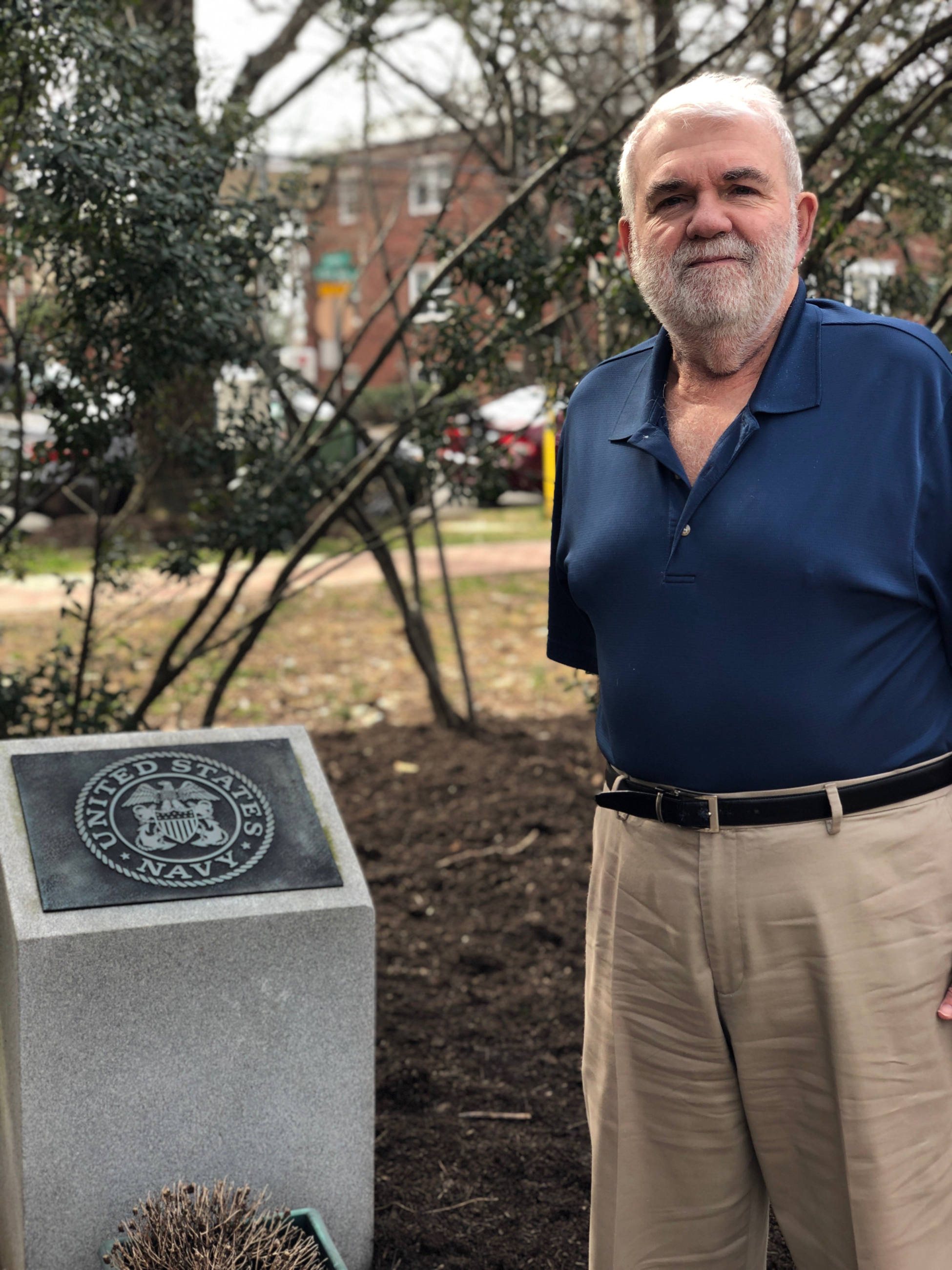 “One of our very first experiences in the City was at a GMHS football game. My son was in Kindergarten and he wanted to have his sixth birthday party at a GMHS football game. I called Tom Horn (GMHS Athletic Director at the time) and he and other boosters met us – all of us! 15 kids! – at the gate with horns and all kinds of party stuff. Talk about an intro to the warmth of the City and the intimacy of the community. We had just been here a few months. Daniel and Mary Catherine’s friends still talk about that birthday. What an incredible first experience.”

From that football game to – as one nominating letter put – “years of tireless work in support of our students and greater community”. While Mrs. Donovan – a super-volunteer in her own right – served in various PTA roles for almost 13 years, Mr. Donovan was behind the scenes helping at every event. As a GMHS Athletic Super Booster, Mr. Donovan served as co-chair of the annual mulch sale, and he and Mrs. Donovan were team parents for their children’s JV and Varsity sports teams. Even though his children have both graduated from GMHS, Mr. Donovan continues to volunteer for FCCPS programs. As one nominator wrote, “Rob’s work over the years has helped [GMHS Athletic Booster Association] raise thousands of dollars in support of our student-athletes, our athletic department, and our high school.”

While you may not have seen Mr. Donovan at a GMHS sporting event, you definitely have heard him. As “The Voice of Mustang Athletics”, Mr. Donovan served as announcer for GMHS football and soccer for many years, including after his children graduated. “At a memorable sporting event”, one nominator wrote, “the sound system failed and without missing a beat Rob led the crowd in the singing of the National Anthem.”

Mr. Donovan’s background is as impressive and extensive as his volunteer contributions. Before his retirement, Mr. Donovan spent 18 years as a Program Manager for the United States Energy Association (USEA), and his work required considerable international travel. Mr. Donovan is also a former Lieutenant Commander in the U.S. Navy, where he served twenty years in both active and reserve duty.

While the title of “Memorial Day Grand Marshal” is one Mr. Donovan is still somewhat stunned about – “It’s so humbling! It’s such an honor! If you had told me this on April 1, I wouldn’t have believed it!” – it’s his new title of “Poppa” that brings the biggest smile to his face. His oldest son, Evan, recently had a baby boy, Mr. Donovan’s first grandchild. 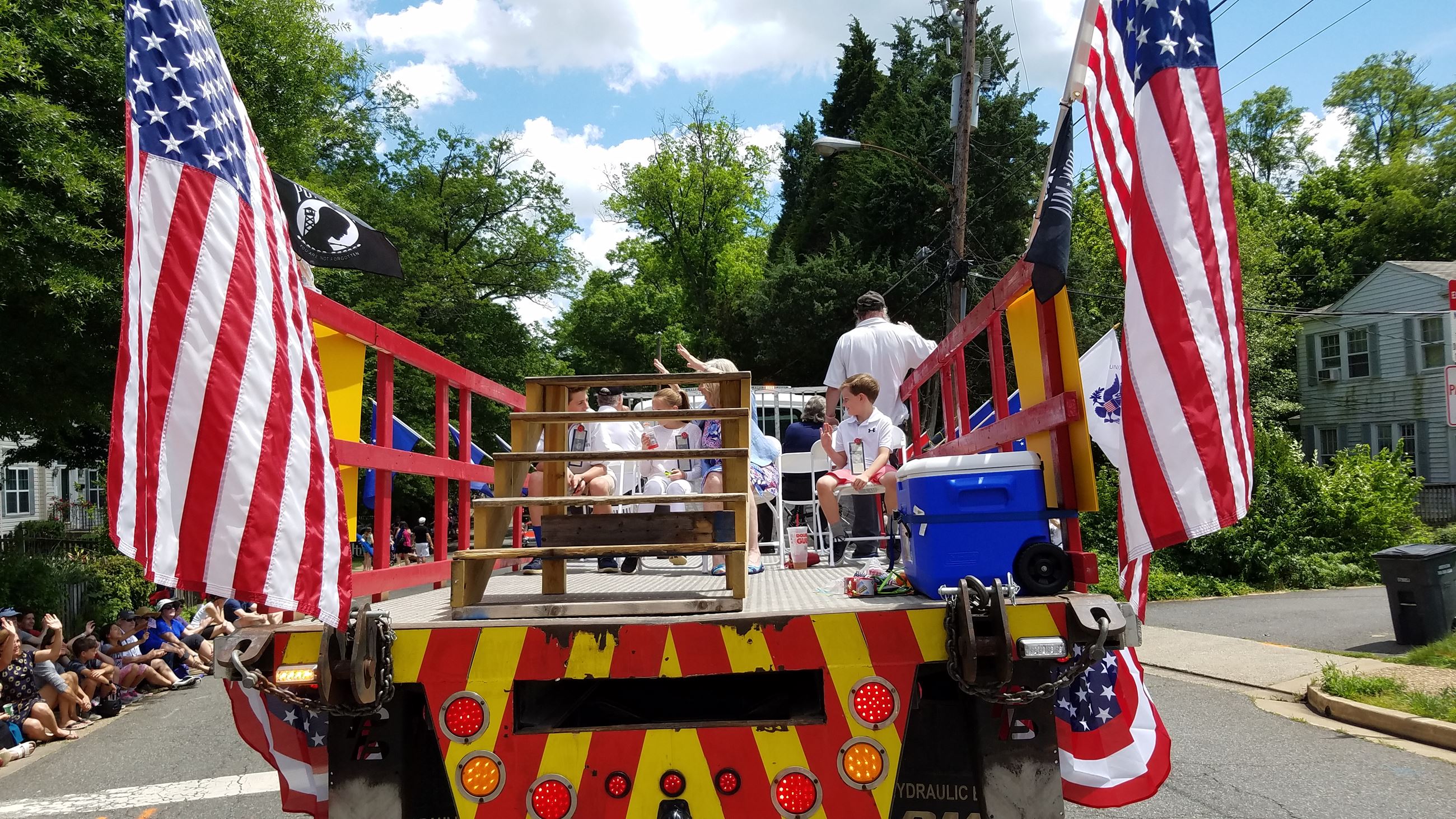