The City Planning Department has undertaken a "Small Area Plan" to engage the community and neighbors in planning for economic (or commercial) development on the high school campus.

The George Mason High School and Mary Ellen Henderson Middle School campus is approximately 34 acres at the corner of Leesburg Pike and Haycock Road. As the City has considered the feasibility of constructing a new or renovated high school, it has also explored offering a portion (up to ten acres) of the campus for commercial development to help pay for the school. 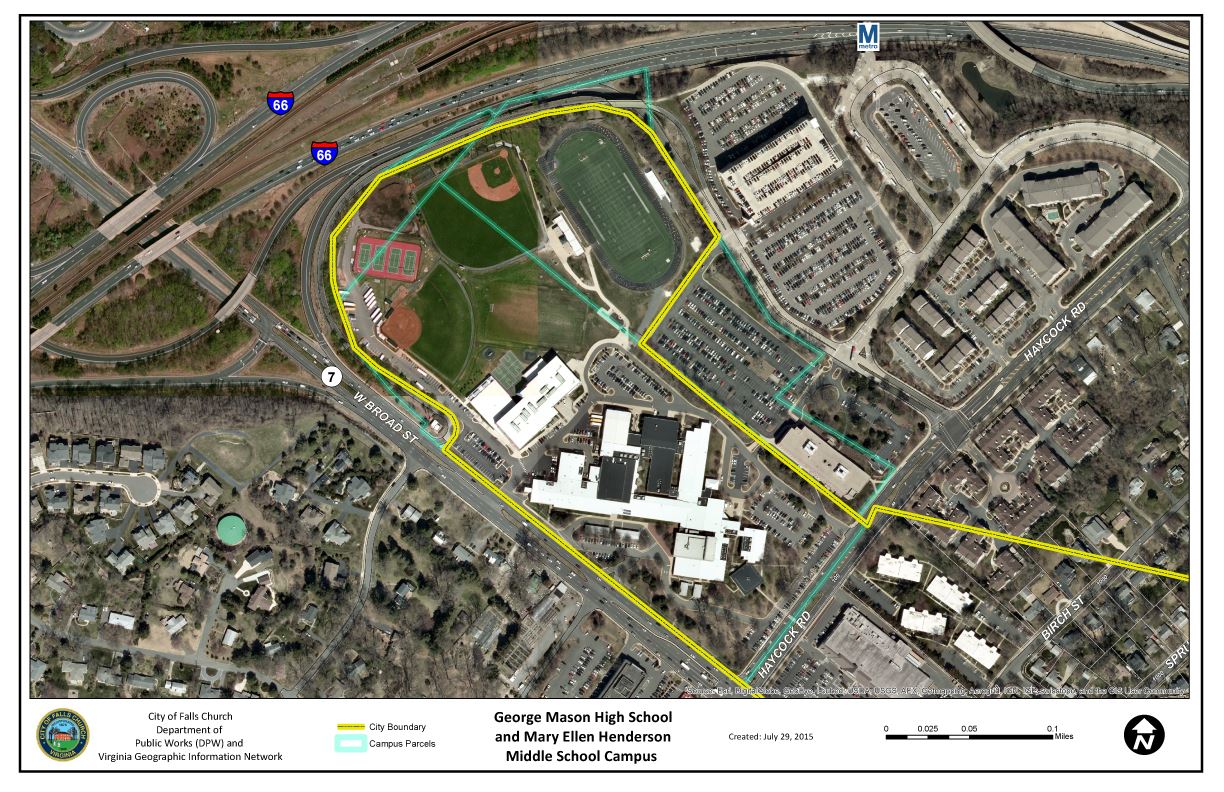 The City government and public schools worked collaboratively to figure out the best use of the land. the School Administration has focused on future school facilities, playing fields and athletic facilities, and the City Planning Department has focused on potential commercial development on up to ten acres (30 percent) of the campus.

In the spring of 2017, the School Board hired the architectural firm of Perkins Eastman to conduct a feasibility study. This study identified options for a school location based on the schools program needs. At the end of that process, the preferred option was the "Community School," located to the north west of the existing Mary Ellen Henderson Middle School. 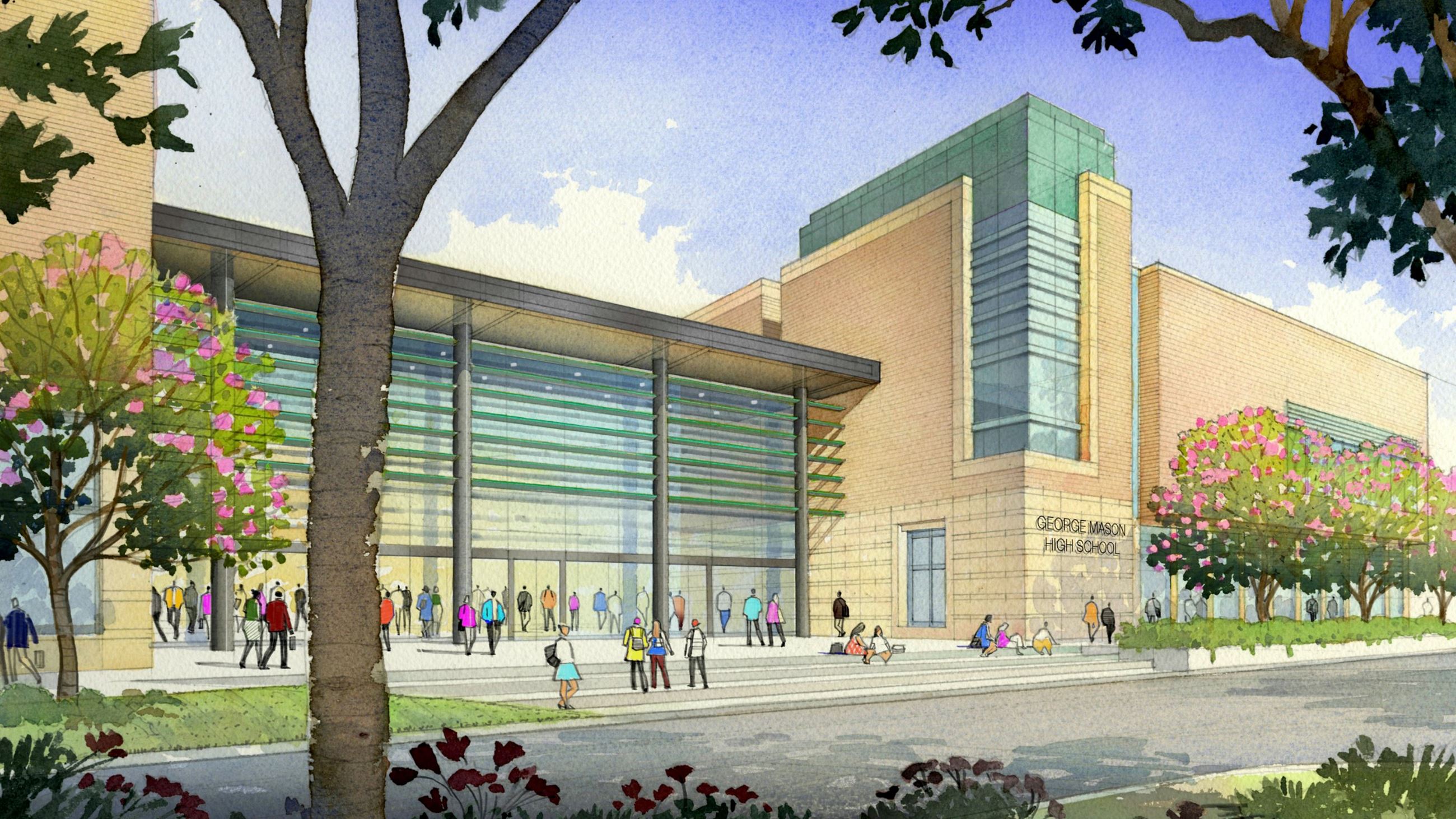 At the same time, the City's Planning Department proceeded with a Small Area Plan with the assistance of three grant-funded consultants to assist with urban design principles, transportation concepts, and geothermal heating and cooling. Several public meetings have been held to date in this planning process, resulting in a draft conceptual plan for the site as shown below.

This plan shows the location of the Community School option as identified in the School Feasibility Study, along with roads serving the site, a new practice field, and a series of blocks that would be suitable for commercial development along a central promenade or greenway that connects Haycock Road to the schools. 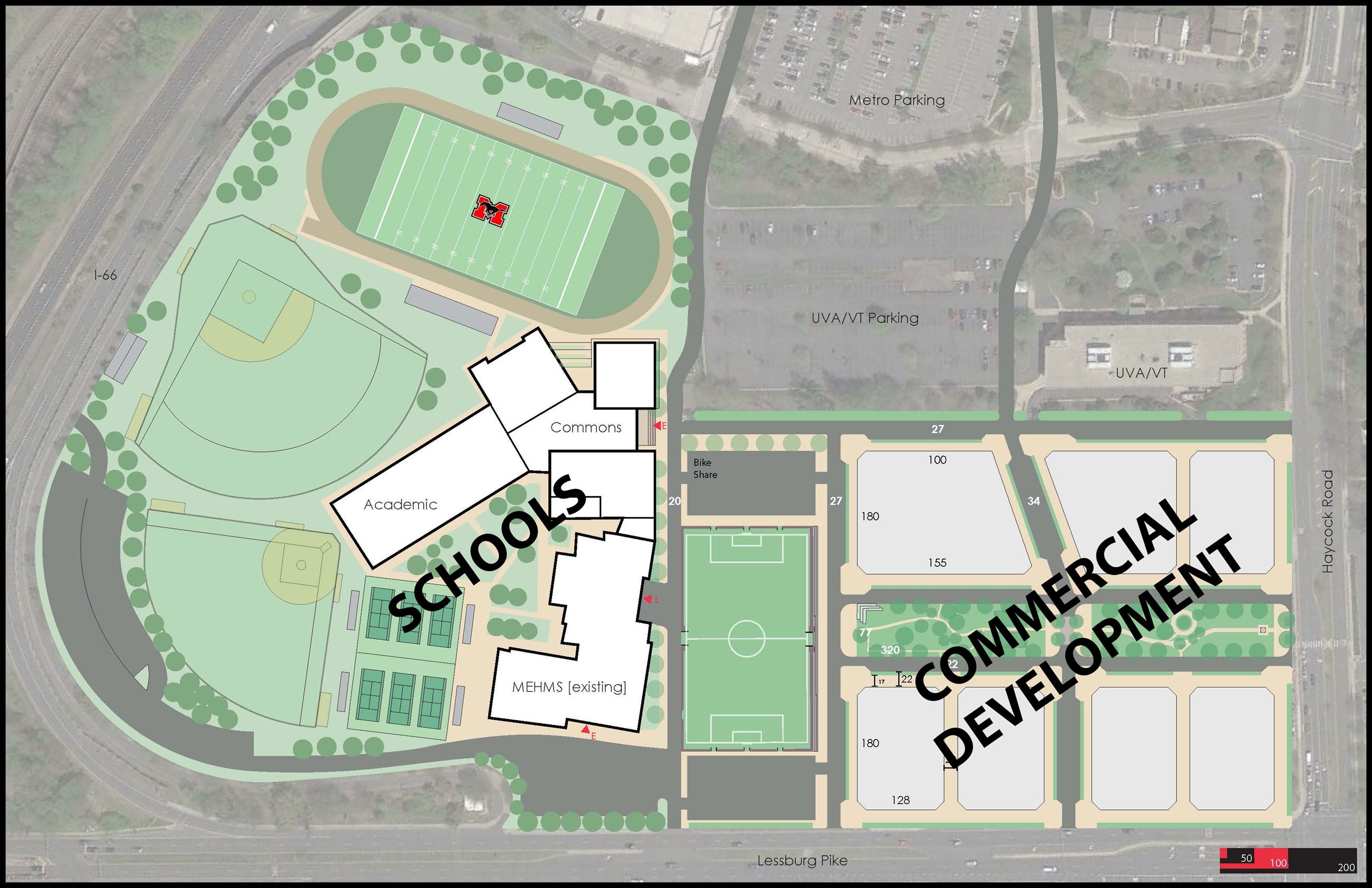 The Small Area Plan also considers the larger context of the development of the high school campus with neighboring properties, including the entire area west of the Washington & Old Dominion (W&OD) Trail. This includes the UVA-Virginia Tech Northern Virginia Center, the West Falls Church Metro Station, and properties to the east and south east of the site. 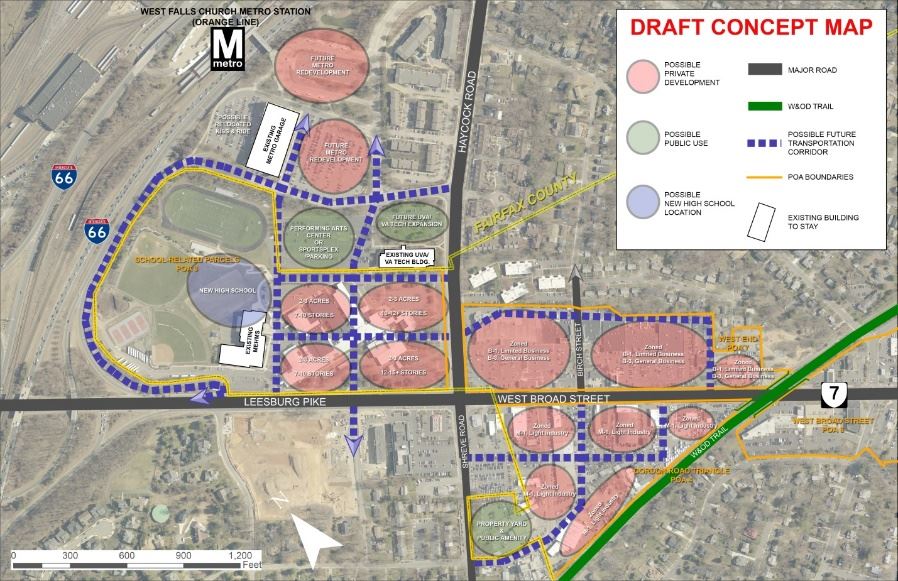