The City of Falls Church is a unique and historic city. Besides featuring quick access to renowned museums and art galleries in nearby Washington, D.C., almost every neighborhood is a treasure of its own with a variety of restaurants and shops that reflect the city's great ethnic and cultural diversity. You'll find a warm welcome in the City of Falls Church, and it is our hope that you will be an active part of the community, so shop, play, stay for a while, and join us in the many activities offered throughout the year.

The city is an independent municipality, separate from the surrounding Arlington and Fairfax Counties with its own school system. (Some Falls Church mailing addresses are in Fairfax County. Also, the City contracts for select services with the counties.) The City operates under the Council-Manager form of government and is one of the two geographically smallest cities in Virginia, at only 2.2 square miles. With a population of almost 14,000, the city is known for its urban village community, quality customer service, nationally ranked school system, environmental activism, and endless community activities.

The city is conveniently located just miles from Washington, DC. (City Hall is only nine miles from the White House.) Falls Church is easily access by Routes 66 and 50, the East and West Falls Church Metro Stations (Orange Line), and by a number of bus routes. Interestingly, neither Metro station lies within the City's boundary.

Falls Church dates back to the late 1600s as an early Colonial settlement shared with Native Americans. The community was established around The Falls Church (Episcopal) that was founded in 1734. Falls Church became a township in 1875, and an independent city in 1948. More information about the city's storied past is available at the Mary Riley Styles Public Library Local History Room. The local blog Ghosts of DC has an irreverent and fun short history of Falls Church, too.

The City's history, recognized and showcased through a series of new panels installed in June 2022 at the S. Washington and N. Maple Transit Plaza, tells the story of the City of Falls Church through eight unique periods, including:

The City of Falls Church acknowledges that, at times in the past, diverse voices and perspectives were often silenced. Today, we are dedicated to being a welcoming and inclusive community – a special place in the heart of Northern Virginia. Involved citizens are key to the City's long-term success as a leader in education, environmental sustainability, transportation, and vibrant economic development. By investing in neighborhoods, community services and facilities, schools, and parks, the City preserves small-town character and history while honoring a deep commitment to progress and a growing community.

Watch the video below of the Chamber of Commerce's retrospective. 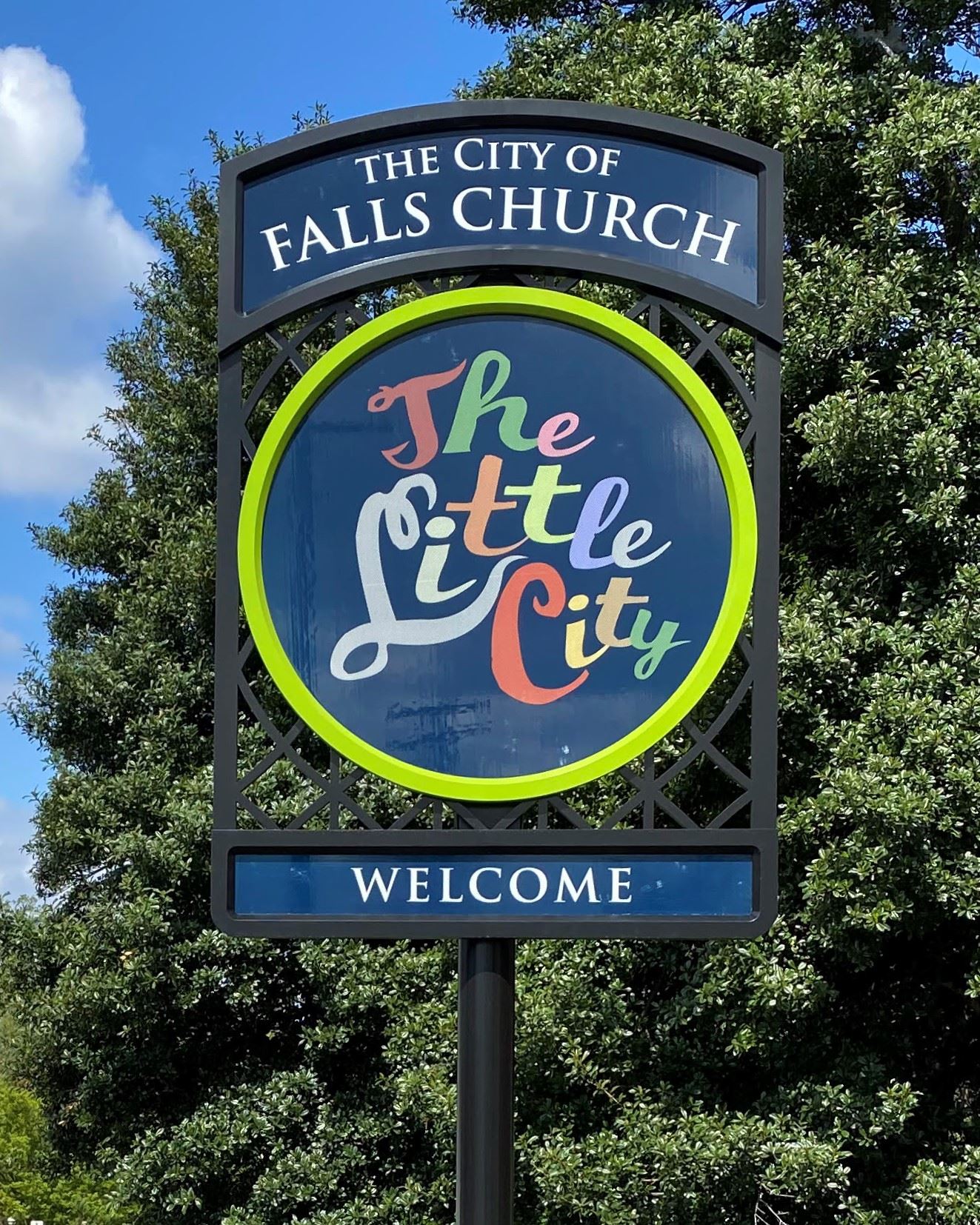